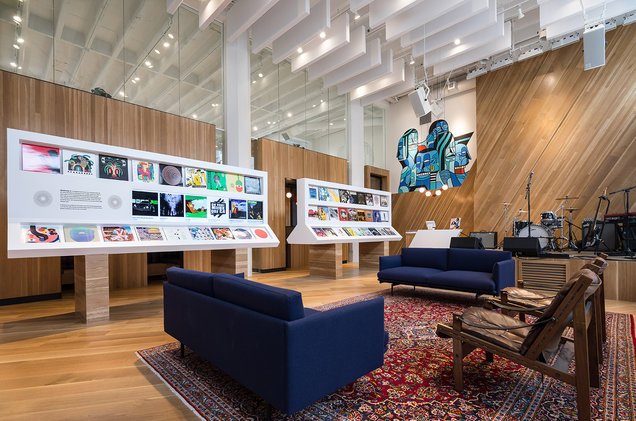 Online music hub Bandcamp will open its first brick-and-mortar record store on Feb. 1 in Oakland, Calif. The shop, which will double as a performance space, will feature a curated selection of LPs showcasing the “diversity and design” of the 5 million-plus albums available on the artist-friendly platform, the company said.

The company said the space, a stone’s throw from the Fox Theater downtown, will be utilized to host free shows as part of an upcoming video series. It will also be home to music-focused community events for area organizations, such as the Oakland School for the Arts, Bay Area Girls Rock Camp and Transgender Law Center.

A rep told Billboard that only 99 LPs will be in rotation in the store at any given time, with albums being swapped in and out on a regular basis. Tapes and 7 inches will be introduced at a later date, while the business model will be more akin to that of an independent record store than Bandcamp’s online model.

Oakland was chosen because the company “wanted to be connected to a local music community on a neighborhood level” and the Bay Area city fit the bill, the rep said, adding that no other Bandcamp stores are currently in the works.

Images from inside Bandcamp’s new store reveal a clean and modern space with album covers faced outward, rather than squeezed inside dusty racks, next to mid-century mod couches, a listening station and colorful murals by Santos Shelton, a local Oakland artist.